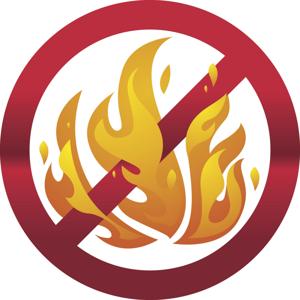 Lamar County remains under a seven-day burn ban issued Friday by County Judge Brandon Bell with the ban expected to be extended when Commissioners’ Court meets in special session at 9 a.m. Tuesday at the Lamar County Courthouse, 119. N. Main St.

The ban is the first issued for the county since January 2018, according to newspaper records. Lamar County now joins surrounding counties, Delta, Fannin and Red River with burn bans.

“Hot and dry conditions across Lamar County will create high wildfire potential through the next few weeks,” Bell said in an agenda announcement for the Tuesday special meeting. “Continued triple digit temperatures and dry conditions will reduce the moisture in vegetation across the landscape, increasing the possibility for wildfire ignitions to occur.”

The ban does not prohibit outdoor burning related to public health and safety such as firefighter training; public utility, natural gas pipeline, or mining operations; planting or harvesting of agricultural crops; or burns that are conducted by a prescribed burn manager certified under Natural Resources Code.

Violators of the ban, which is a Class C misdemeanor, are subject to a fine of not to exceed $500.